Nightlight 2013: Spring (and Generosity) Was In The Air! 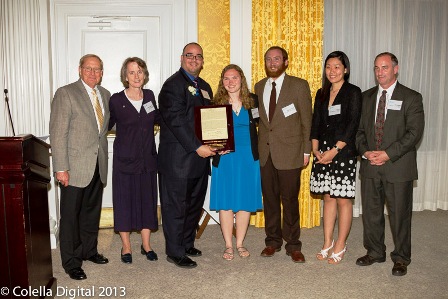 The 200 guests who attended Nightlight 2013 last Wednesday were treated to one of the first truly beautiful spring evenings of the year.  So it was a very happy and sociable group that came together at Columbia Country Club to celebrate a few of the individuals and groups who have given so much to St. Ann's Center over the years.

The evening began with a lively cocktail hour after which guests assembled to hear our keynote speaker, Faith House resident Tiffany Henderson.  Tiffany recounted a childhood that involved being removed from home at age 3 and living in a series of foster homes until she was adopted by her "forever"mom.  When she became pregnant at 19, she had no way to support herself and her child so she came to Faith House.  After a rocky start, and the steadfast support of St. Ann's social workers and staff, Tiffany began to see a better future for herself and her child.

While unsuccessful in her first attempt to enroll in Year Up, a program that provides urban young adults with the skills, experience, and support that will empower them to reach their potential through professional careers and higher education, Tiffany persisted.  Our staff urged her to try again and her second application was accepted! She was able to participate in Year Up's  IT training in Arlington, VA, as well as internships and finally a job at Marriott, while knowing her son was safely in the hands of St. Ann's Child Care Center.

Tiffany's remarks touched every person in the room, many of whom sought her out afterwards to compliment her poise and even to offer their business cards.  She is well on her way to a succcessful career in IT, which she absolutely loves. Because of Tiffany's compelling testimony, and the considerable fundraising skills of St. Ann's Center's Board member Fr. Bill Byrne, we were able to raise $46,500 to support our transitional housing program for homeless mothers and their children. Overall, the event raised $190,000 for St. Ann's Center programs! Thank you to all who participated!!

Afterwards, St. Ann's Center's CEO, Sr. Mary Bader, and Board Chair, Chuck Short, recognized several individuals and groups who have made substantial contributions to St. Ann's.  Scott Bell, President of Chesapeake Finishing, accepted the Michelle Heidenberger Volunteer Award on behalf of his company for the tremendous work they have done - at no cost to us - to update and refresh many areas of St. Ann's Center's aging building. Bob Siciliano accepted the Mary McGrory Advocacy Award on behalf of Bobby Abbo and his Poor Robert's Charities.  Through his foundation and wide network of friends, Mr. Abbo has provided needed vehicles as well as financial support to many area non-profits, including St. Ann's Center.

The students of The Catholic University of America and its Columbus School of Law were honored with the Elizabeth Seton Service Award for their many volunteer hours as well as fundraising on behalf of St. Ann's Center. The Corporate Partner Award went to ABC7-WJLA for the many coat drives, fundraising events, and on air recognition they have provided in support of our mission.

Finally, Mrs. Maria Morgan was honored for her 50 years of devoted service to the children of St. Ann's as an employee in the Children's Residential Program and Child Care Center, where she continues to serve in the 2-year- old classroom.

Special thanks goes to our volunteer photographer, Michael Colella, who took the pictures below and many others, which can be viewed at http://colellaphoto.com/StannsNightlight2. 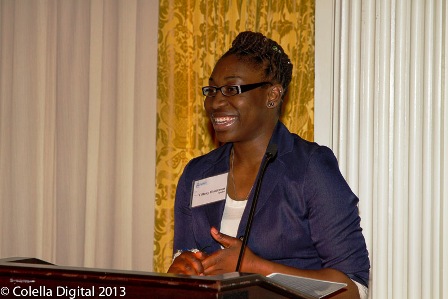 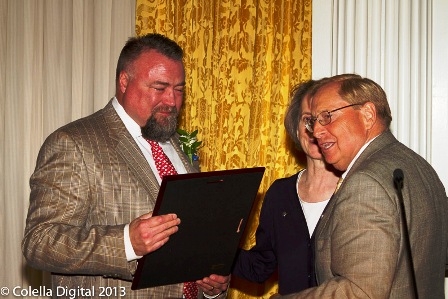 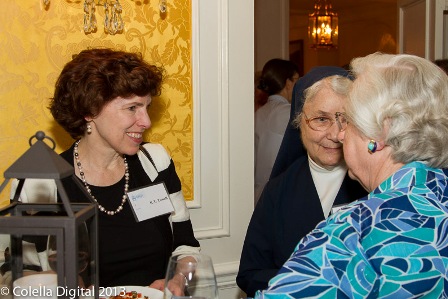 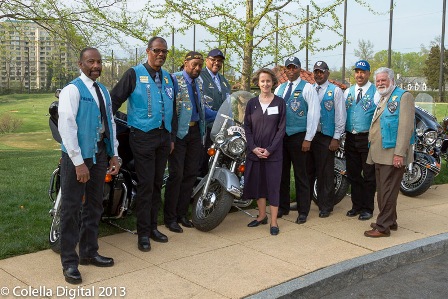 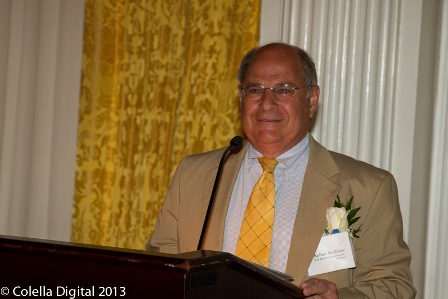 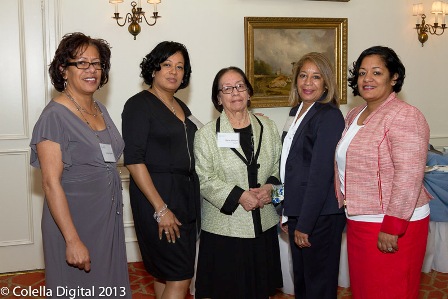 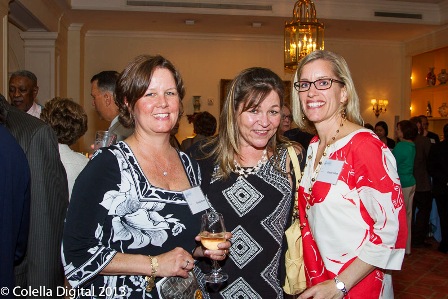